All About Women’s Health

Welcome to a site that is All About Women’s Health. Men are different than women and viva la difference. However, differences in basic biology become medically important in the pathology and treatment of disease. For instance:

We have assembled information on topics that are of great interest to women and those who love them. 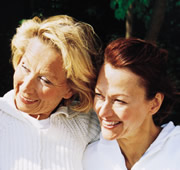 Between the ages of 48 and 55 years most women experience changes to their body that can be associated with menopause, which is literally the very last menstrual period in a woman’s life.

Menopause may be part of a number of adjustments that women experience at midlife. At the same time a woman is beginning to experience signs and symptoms of menopause, she is usually approaching her fifties. Managing menopause can take place amidst changing family roles, looking after aging parents, thinking about retirement and wondering what she will do with the rest of her life.

For some women however, menopause may occur at an earlier age. Early menopause (also known as premature menopause) affects almost 10 per cent of women under the age of forty – with some being diagnosed in their twenties, or even their late teens. Surgical menopause is when the ovaries are removed at surgery  prior to natural menopause, (also known as oophorectomy).

Following confirmatory studies, women have again been advised not to start hormone therapy in their older age, many years beyond menopause. Another large study to report on hormone therapy use in older women, the WISDOM study published 12 July, has confirmed that combined oestrogen and progestin results in a small increase in the risk of heart attacks and blood clots.