‘Colourful’ fruit and vegetables are the most nutritious in terms of vitamins and minerals. High fibre diets protect against high cholesterol and heart disease, colon cancer and possibly other cancers.

Fish contains omega – 3 fatty acids which can reduce blood fats and blood clotting, and fish bones (sardines and tinned salmon) are a rich source of calcium.

Phytoestrogens are compounds that occur naturally in plants (phyto) and under certain circumstances can have actions like the female hormone oestrogen. When eaten, they bind to oestrogen receptors and may act in a similar way to oestrogen. However, phytoestrogens are much weaker than human oestrogen, so their effects are different from those of hormones found in Hormone Replacement Therapy (HRT).

Eating a phytoestrogen-rich diet has been linked to reduced rates of heart disease and some cancers. However, populations who have a high phytoestrogen intake also consume predominantly fruit and vegetables and only a little animal fat. Hence it is not yet known whether the lower disease rate in these communities is due to the overall healthy diet and lifestyle, or is linked to the specific effects of phytoestrogens.

It is essential to make the distinction between nutrients consumed in food and nutrients in supplements taken as powders or pills. We need to understand that the latter are not “natural” therapy, but rather pharmacotherapy, which can have adverse effects and should be evaluated with the same rigor as conventional pharmaceuticals. Phytoestrogens in tablet form fall into this category, and taking phytoestrogen supplements as isolated soy protein concentrates, or in tablet form, can not be justified at this stage.

Phytoestrogens are classified according to their chemical structure. The two groups which have been most researched are the isoflavones, such as soy and the lignans which occur in linseed, grains and vegetables.

There is also some promising but less convincing data that phytoestrogens may improve cognition.
The effect on the heart and other organs however appears may be related to the healthy vegetable proteins in whole foods and not to the phytoestrogens per se.

Consuming a diet high in soy may lower total and LDL cholesterol in men and women. Animal studies also indicate components of soy protein may have beneficial effects on blood vessel function. The observed benefits are greater for natural soy protein (tofu or soy flour) than for the extracted phytoestrogens alone.

There has been much speculation about phytoestrogens and particularly soy products, and breast cancer risk. This is mainly based on the idea that because these foods contain oestrogen-like compounds, they can stimulate breast tissue like our own body’s oestrogen or prescribed oestrogen might. It is important to remember that the plant oestrogens found in these foods are much weaker than the oestrogen we have in our body.

In 2006 a study was published which examined all the research on phytoestrogens and breast cancer between 1978 and 2004. (Trock, BJ et al 2006. ‘Meta-Analysis of Soy Intake and Breast Cancer Risk’ J of the National Cancer Institute 98 (7), pp 459-471). There were a number of important findings to come out of this analysis. Firstly, it was shown that there is a small reduction in the risk of breast cancer associated with phytoestrogen consumption. The risk of breast cancer was reduced more in premenopausal women who consumed soy compared to postmenopausal women. It has also been shown that a diet high in phytoestrogen in early life (before puberty) may be important for the anti-cancer effects of phytoestrogens in later life.

Secondly, there is conflicting in vivo (real life) and in vitro (test tube) data on the individual isoflavones found in soy, depending on the dose. Sometimes there was a stimulation of human breast cells in the research, and other times there was a prevention of stimulation.

It is important to consider that drawing conclusions from test tube studies of isolated compounds found in foods in no way represents what occurs in the body when a food is eaten. Whole foods contain differing amounts of complex compounds that can behave differently when they are consumed as a food, versus what happens to an isolated compound in a test tube. It is generally agreed that while test tube evaluation of compounds provides important information, there are more suitable methods of assessing safety when evaluating food products.

In summary, it is probably healthy to eat a diet with whole soy foods such as tofu, soy beans, and breads made from soy flour, but to avoid the highly processed soy based supplements as they work differently to the way soy exists in nature.

When phytoestrogens act as oestrogens they are much weaker than the oestrogen produced in humans. The outcome of studies examining the effects of soy foods in alleviating hot flushes have varied. Mostly, soy foods have not shown to reduce the frequency of hot flushes in randomized clinical trials. Some studies of soy isoflavone supplements have been shown to reduce hot flush frequency. In general, the reductions are very mild compared to placebo and the effects appear to be equal to that of a ‘dummy’ or placebo formulation.

25 grams (equal to two heaped dessertspoons) of linseeds or flaxseeds daily has been shown to reduce vaginal dryness. These can be sprinkled on breakfast cereals or added to smoothies. Linseeds are also a good source of the oils we cannot make in our body (essential fatty acids). When seeds are ground, these good oils are lost over time (oxidised), so that two weeks after grinding the oils are completely destroyed. To avoid the loss of these good oils, freshly grind the amount of seeds that would be eaten within two weeks (in a food processor, with the nut grinding attachment of a blender or in an electric coffee grinder) and store in the fridge in an airtight container.

Multiple lifestyle factors, including the food we eat, are related to good health and protect against disease. Improving diet at any stage of life will result in health benefits. As well as their estrogenic action, phytoestrogen food sources also offer other nutritional benefits including protein, fibre, and vitamins and minerals.

Legumes (particularly soybeans), whole grain cereals, and seeds, are high in phytoestrogens. Consumption of dietary isoflavones is higher in Japan, China and some other Asian countries and considerably lower in Western countries. Traditional Asian foods made from soybeans include tofu, tempeh, miso and edamame (fresh soybeans harvested and eaten in their green phase). Research into the phytoestrogen content of Australian food is continuing.

The content varies in different foods, with some foods exerting a stronger effect than others. Sometimes, the content varies within the same group of foods, for example soy beverages depending on processing and type of soy bean used.

There are a variety of soy products now readily available. Look for soy milk that contains whole soy beans, rather than soy isolates/ soy protein isolates and choose calcium enriched soy milk for your bone health.

How much each day? 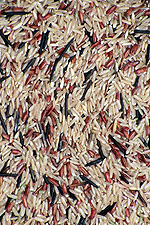 Soy foods are not a regular part of the Australian diet. We need to make changes to the way we eat to get the benefits of these foods. Try including at least one serve of these foods daily:

Try to have a wide variety of plant foods every day, including some of the above.

How to include these foods in your diet

Bone Up For Better Health