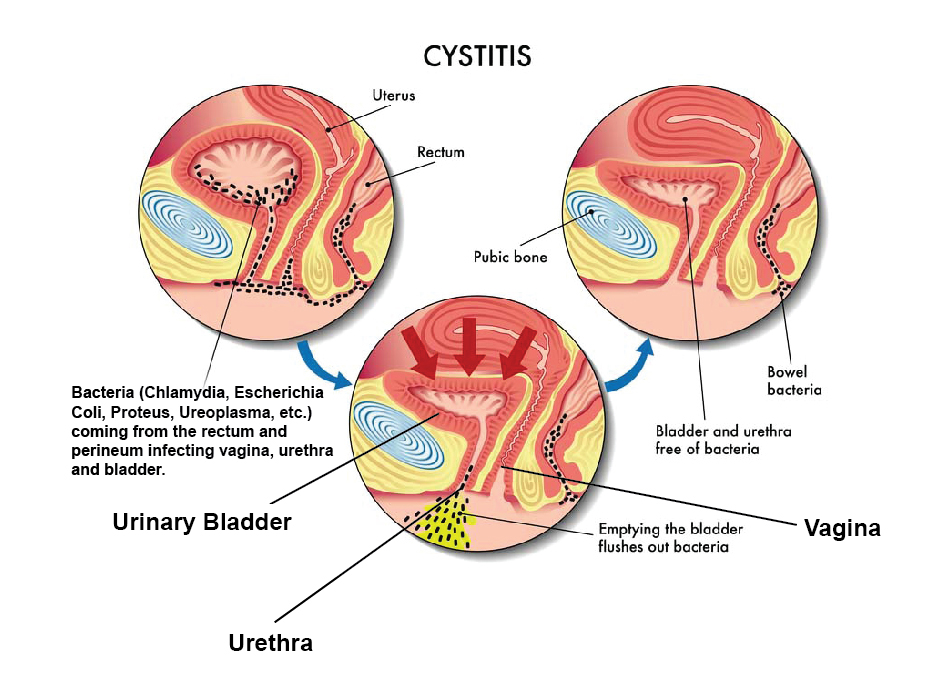 Urinary tract infections (UTIs) such as cystitis are usually easy to treat and more likely to affect women than men. Cystitis is often referred to as a “water infection” and while it is not a sexually transmitted infection (STI), it is recognised as being common in women who engage in heterosexual sex.

There are several factors which can contribute to suffering from cystitis, such as not drinking enough (such as when on holiday in a hot climate), frequent sex, not wiping from front to back after going to the toilet, tight fitting clothing (such as bodysuits and skinny jeans) and bath cosmetics. In addition, the use of perfumed cosmetics in the genital area may cause further irritation.

In Travel Health, Jones (2004) identifies the main symptoms associated with suffering from a bout of cystitis, being as follows:

There are also some key signs that cystitis may have spread to the kidneys, such as fever, pains in the small of the back and lower abdominal pain. As it is always a possibility that untreated cystitis could develop into more severe kidney infections, always aim to seek treatment earlier rather than later.

How to Treat Cystitis – Natural Methods and Antibiotics

Cystitis is usually diagnosed by reporting symptoms to a doctor, although the only way to be totally sure is to have a urine sample tested. There are a range of treatments available for cystitis, including natural methods and a course of antibiotics. In The Essential Guide to Travel Health, Wilson-Howarth (2009) highlights the following natural remedies for cystitis:

In addition to the above approaches, Jones (2004) recommends drinking blueberry juice, home-made parsley tea, chewing fresh parsley and the homeopathic remedy cantharis. A short course of antibiotics such as trimethropin may be prescribed, or amoxicillin, if signs are indicating the kidneys may be affected. However, trimethropin should not be taken whilst pregnant and amoxicillin is unsuitable for those with an allergy to penicillin.

As highlighted above, cystitis episodes often relate to increased heterosexual activity, with symptoms including pain on urination, blood-stained and foul-smelling urine. While antibiotics may typically be necessary, natural remedies for cystitis involve drinking cranberry juice, parsley tea and plenty of fluids.

When Mom Needs a Break